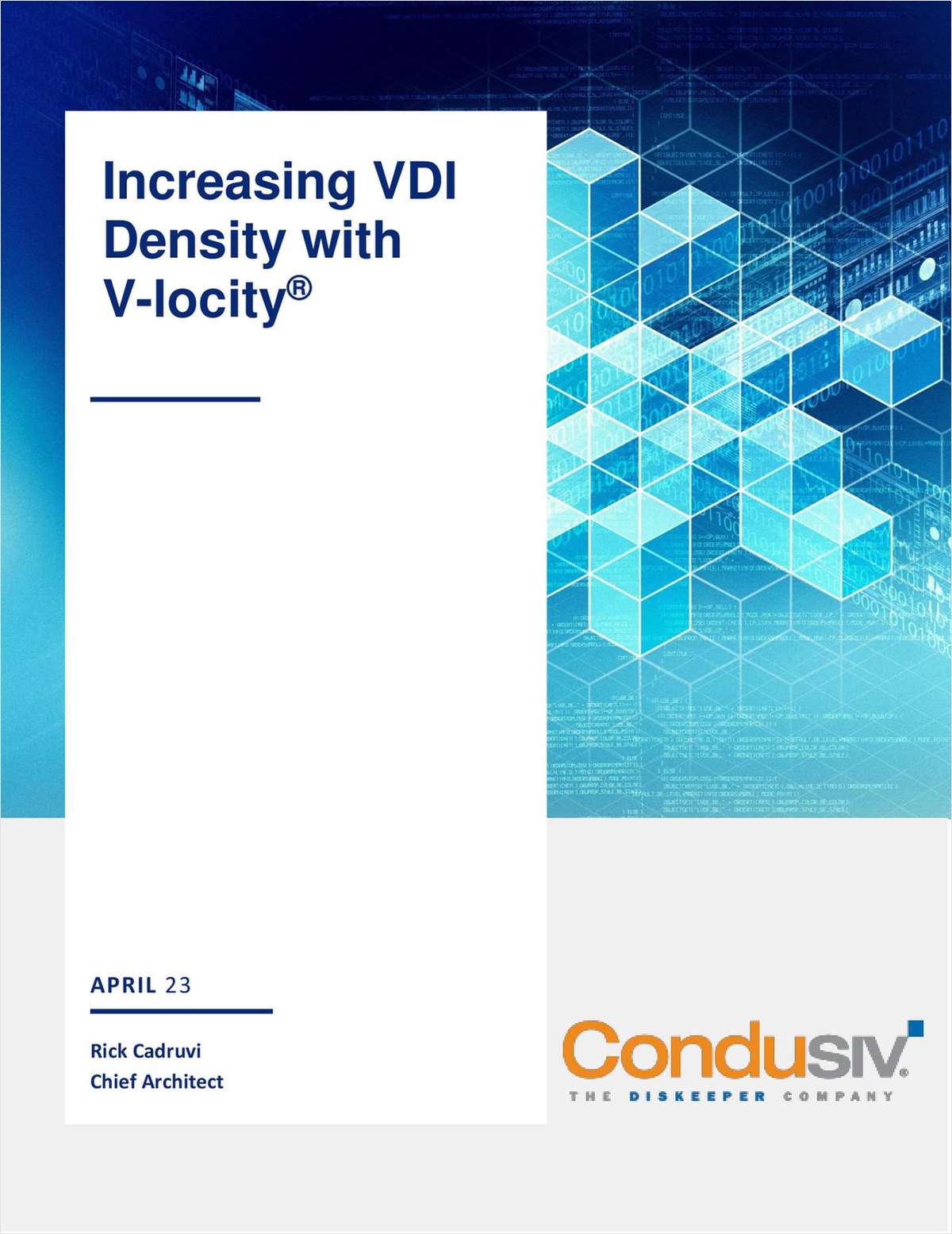 How to Support More Remote Users on Existing Hardware

Many people find themselves in the position of having to quickly increase the number of VDI instances on their existing infrastructure to support remote users.  You may be asking yourself the question:

How can I do this without having to roll out a bunch of new hardware?

What are the primary bottlenecks in VDI?

Since VDI operates on the premise that not every instance is active at any one point in time, VDI relies on the ability to over-allocate system resources such as CPU and memory.  The same is generally thought to be acceptable with storage and network.  However, the effect of lots of activity from multiple virtual machines (VDIs) being sent to resources, that are generally much slower than CPU and memory, guarantees that storage, and potentially your network, will become a serious bottleneck at critical times.  This is generally referred to as the I/O Blender Effect.

There will be many times during the average workday where the underlying theory of inactivity holds true.  However, there will be LOTS of times when a substantial number of desktops become active at or about the same time.  Now by time, we are not talking about an hour or even just a 10-minute period of time.  We are talking about intervals of milliseconds or at most a few seconds.  Think of that exit ramp from the freeway.  Most of the day there are just a couple of vehicles exiting so waiting for them isn’t a big deal.  But what about during rush hour?  What about when the 3 vehicles in front of you become 50 or 100 or more?  If you’re anything like me the blood pressure rises, and happy times are not upon you.