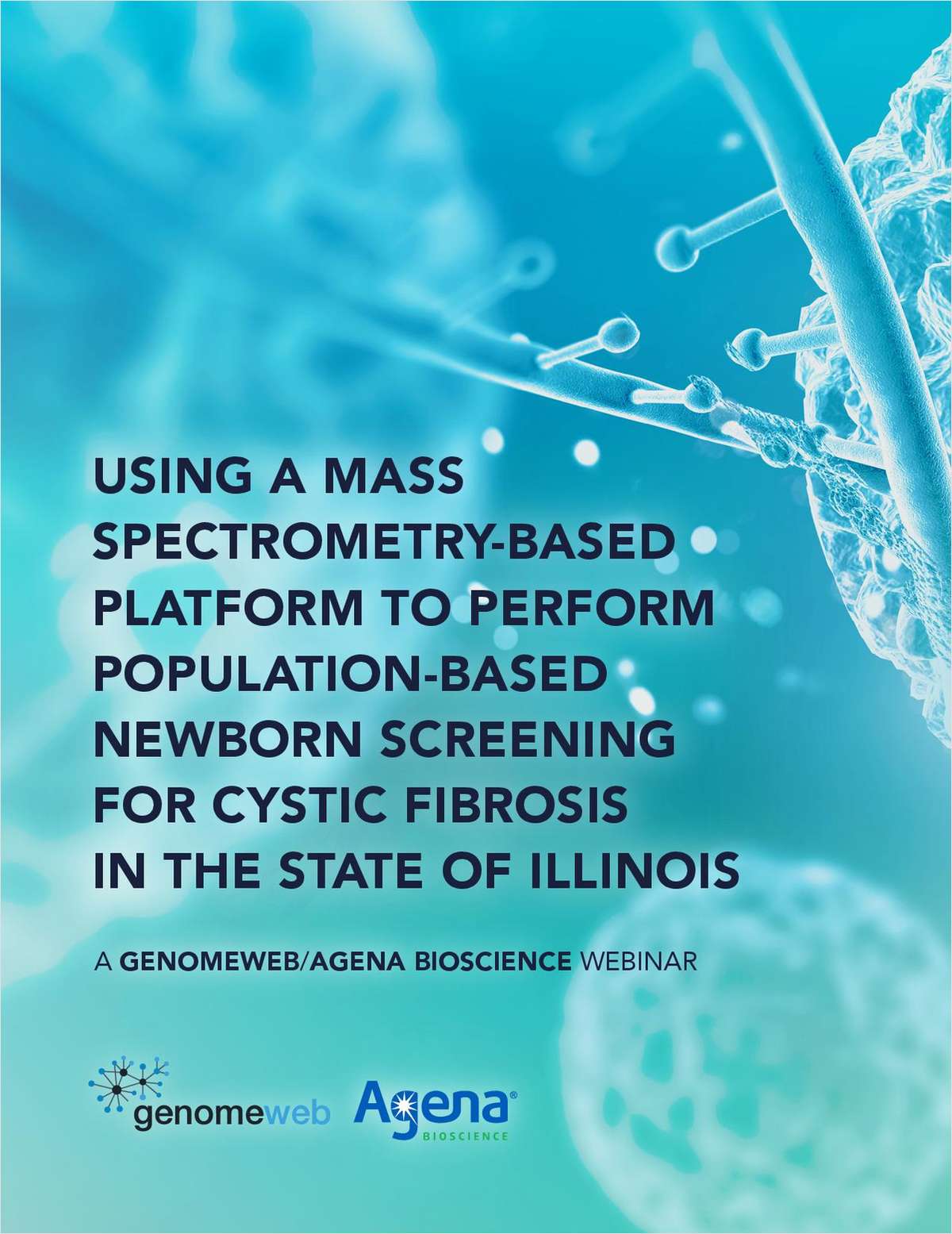 This white paper summarizes a GenomeWebinar, sponsored by Agena Bioscience, in which Vineet Dhiman, a laboratory research scientist at the Illinois Department of Public Health, discussed population-based newborn screening for cystic fibrosis.

Instead of merely screening for the 23 mutations recommended by the American College of Medical Genetics and Genomics, IDPH is using a panel from Agena Bioscience that tests for an additional 51 mutations, making it a better screen for the mutations that are likely to be present in the patient population.