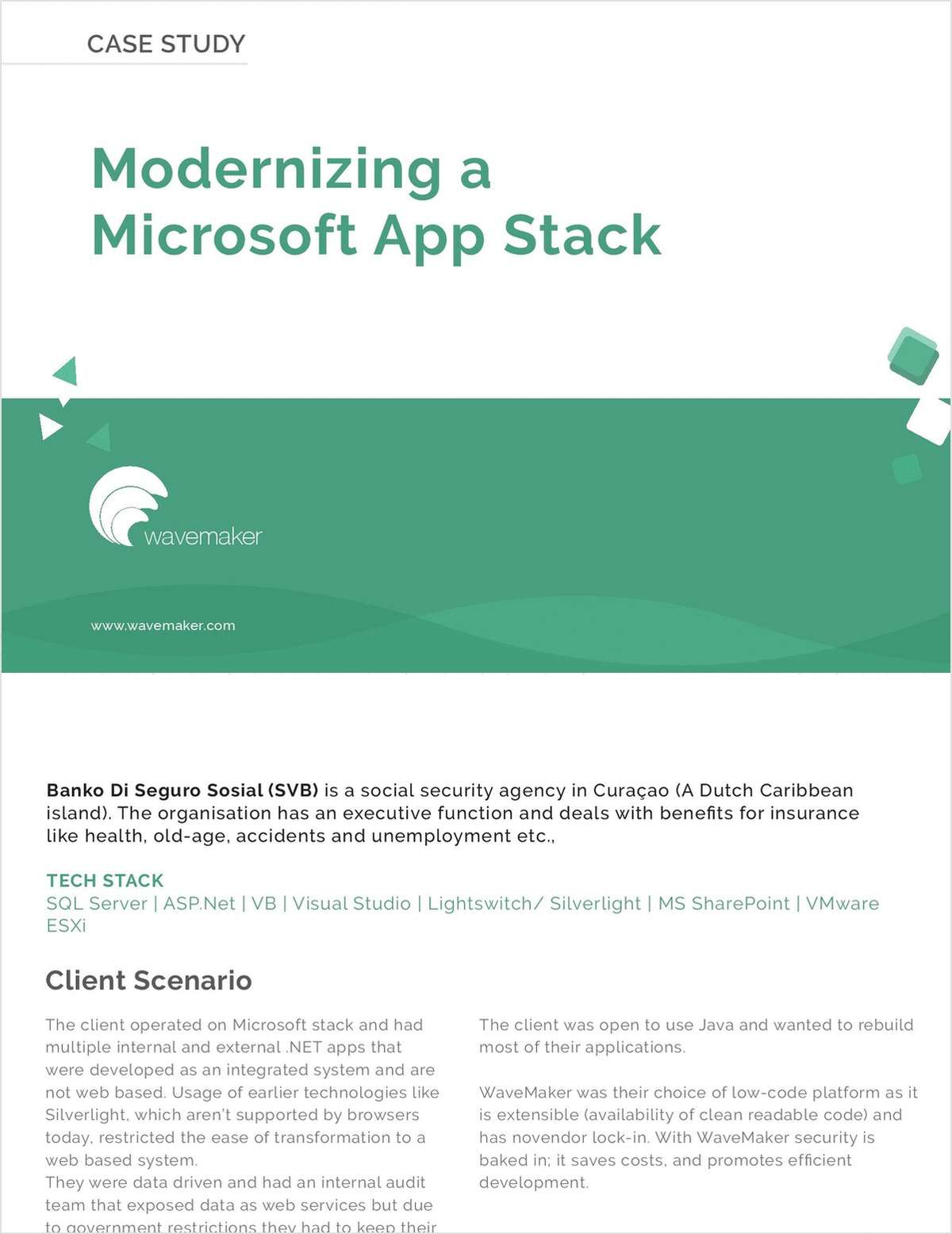 Learn how WaveMaker led the transition of the client’s .NET-based applications into a Java-based system at a rapid pace without compromising on application design, control, and security.

The client operated on Microsoft stack and had multiple internal and external .NET apps that were developed as an integrated system and are not web based. Usage of earlier technologies like Silverlight, which aren’t supported by browsers today, restricted the ease of transformation to a web based system.

They were data driven and had an internal audit team that exposed data as web services but due to government restrictions they had to keep their infrastructure in-house.

The client was open to use Java and wanted to rebuild most of their applications.

WaveMaker was their choice of low-code platform as it is extensible (availability of clean readable code) and has no vendor lock-in. With WaveMaker security is baked in; it saves costs, and promotes efficient development.

Download Now View Details
Say no to ransomware with Druva - a new, simpler way to...