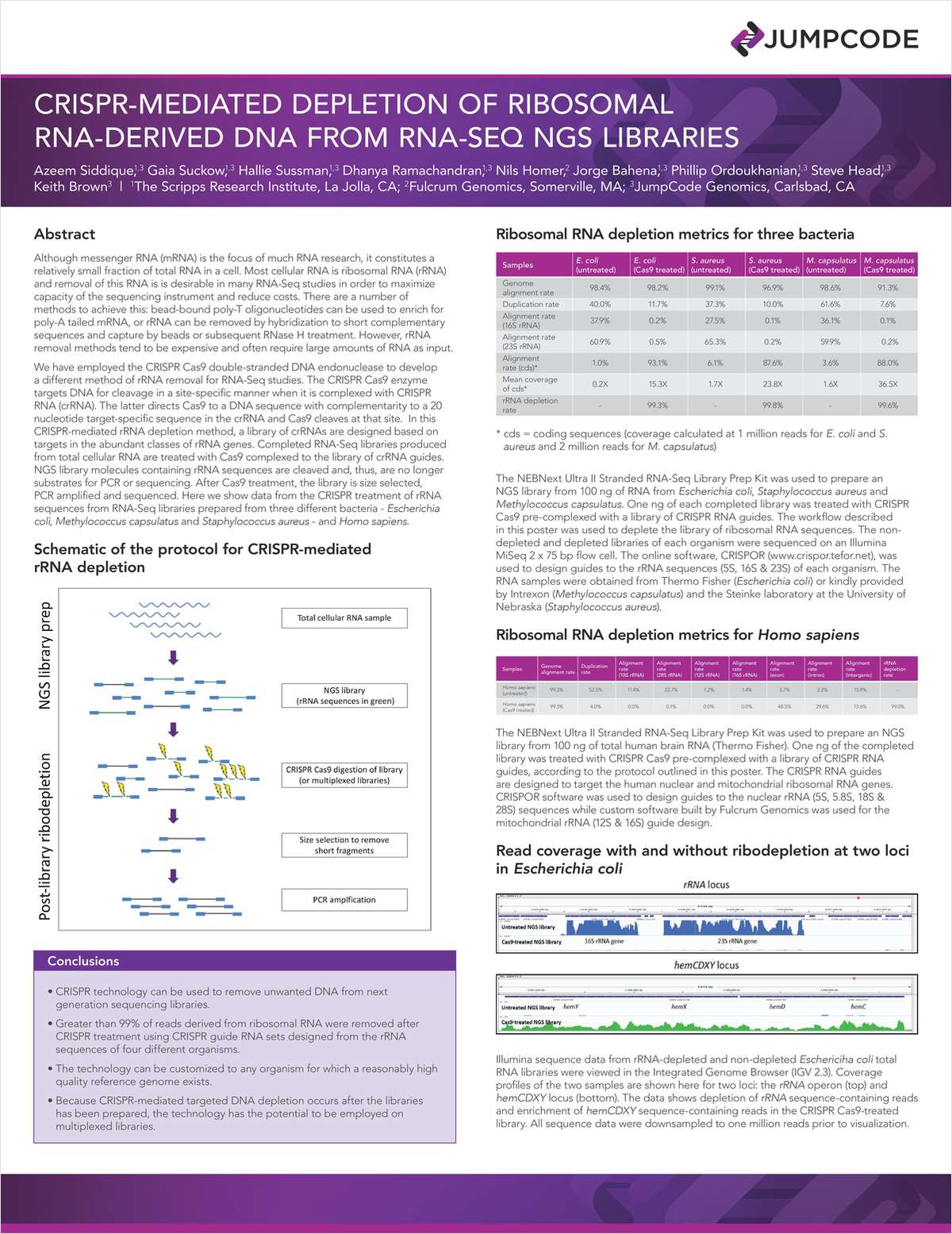 Although messenger RNA (mRNA) is the focus of much RNA research, it constitutes a relatively small fraction of total RNA in a cell. Most cellular RNA is ribosomal RNA (rRNA), and removal of this RNA is desirable in many RNA-seq studies to maximize capacity of the sequencing instrument and reduce costs.

There are several methods to achieve this: bead-bound poly-T oligonucleotides can be used to enrich for poly-A tailed mRNA, or rRNA can be removed by hybridization to short complementary sequences and capture by beads or subsequent RNase H treatment. However, rRNA removal methods can be expensive and often require large amounts of RNA as input.

This poster from Jumpcode demonstrates the use of CRISPR-mediated rRNA depletion from RNA-seq libraries, finding that greater than 99 percent of reads derived from rRNA were removed after CRISPR treatment using guide RNA sets designed from the rRNA sequences.